Lake Pepper was amongst the first purpose dug lakes at Cottington, with excavation of the lake starting in 1990. The lake was first opened to carp anglers in 2003 (prior to this is was a trout water), with an extension nearly doubling its size being completed in 2007.

Pepper, which is approximately 7 acres or just under 3 hectares in size, is comprised of 2 distinct sections joined by a narrow causeway. It has a channel running down its length with the deepest parts being at the far end of the water in New Pepper. The lake can accommodate up to 16 anglers at a time, fishing from dedicated swims (one angler per swim). “Old Pepper”, which comprises swims 1-8, is characterised by mature reed beds and shallower waters, whilst the extension, known as “New Pepper”, which comprises swims 9-16 and is characterised by its deeper waters and the 3 islands nestling in its centre.

With nearly 15 years to mature as a specimen carp lake, Pepper supports a good head of fish. It is known to have over 200 carp, of which approximately 40 fish weigh between 30-40lbs, 14 are known to be over over 40lbs and then there’s Cottington’s “Big Girl” which was last reported at 51lbs 12oz. A small selection of these fish can be seen on this page, whilst a larger selection are available to view under the “Our Fish” tab. With the potential to catch fish of th

ese sizes, anglers wishing to fish Pepper must be suitably experienced and have the tackle necessary to handle these sizes of fish.

Access to the swims is via 4 dedicated car parks surrounding the lake, with no swim being more than a couple of minutes walk from its nearest car park. The car parks are locate to the north east of swim 2, to the north of 15 and 13 and to the south-east of swims 8 & 9.

Lake Pepper has grown significantly in popularity with anglers over recent years and as a result of limited spaces, booking is essential to ensure availability. At the very least we recommend telephoning the Anglers Kabin on 01304 38069, prior to arrival by to check availability. For those who want a more private fishing experience, or to fish with friends, Pepper is available to hire either exclusively* or partially in either of two halves.

* N.B. Whole lake bookings on Pepper and half lake bookings on New Pepper excludes access to the Bailiff’s swim, which remains open exclusively for the use of Cottington Lakes bailiffs’ at all times. A Taster of the Fish that Pepper has to Offer Louie Bottali with one of the two Commons in Pepper weighing over 40lbs. 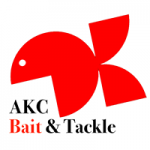